Carry on up the solent 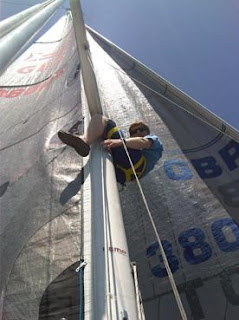 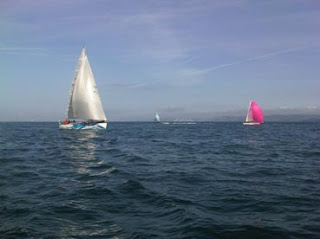 Sun 1400. Well, we've finished! After battling around Anvil Point the fleet was becalmed in Poole Bay for what seemed like hours. The wind, previously northerly, finally kicked in from the south west, prompting a mass flurry of spinnakers and a rush to the rounding mark at North Head. We had been puzzled by so few boats going to the next mark and all was explained. Those nice people from RORC were on the line, displaying flag S for a shortened course. We crossed at 1311 with a big cheer. George was so delighted he let go of the spinny halyard. A quick trip up the mast and now sailing up the Solent under spinny, home to Ocean Village and a long bath.
Trev
Posted by CSORC at 15:00